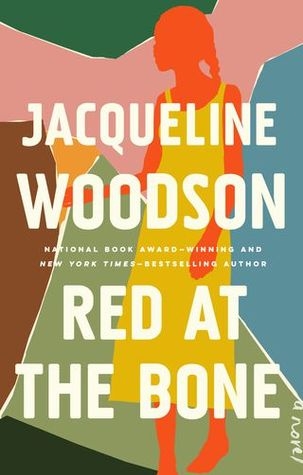 Red at the Bone

Woodson's beautifully imagined novel (her first novel for adults since 2016's Another Brooklyn) explores the ways an unplanned pregnancy changes two families. The narrative opens in the spring of 2001, at the coming-of-age party that 16-year-old Melody's grandparents host for her at their Brooklyn brownstone. A family ritual adapted from cotillion tradition, the event ushers Melody into adulthood as an orchestra plays Prince and her "court" dances around her. Amid the festivity, Melody and her family--her unmarried parents, Iris and Aubrey, and her maternal grandparents, Sabe and Sammy "Po'Boy" Simmons, think of both past and future, delving into extended flashbacks that comprise most of the text. Sabe is proud of the education and affluence she has achieved, but she remains haunted by stories of her family's losses in the fires of the 1921 Tulsa race massacre. The discovery that her daughter, Iris, was pregnant at 15 filled her with shame, rage, and panic. After the birth of Melody, Iris, uninterested in marrying mail-room clerk Aubrey, pined for the freedom that her pregnancy curtailed. Leaving Melody to be raised by Aubrey, Sabe, and Po'Boy, she departed for Oberlin College in the early '90s and, later, to a Manhattan apartment that her daughter is invited to visit but not to see as home. Their relationship is strained as Melody dons the coming-out dress her mother would have worn if she hadn't been pregnant with Melody. Woodson's nuanced voice evokes the complexities of race, class, religion, and sexuality in fluid prose and a series of telling details. This is a wise, powerful, and compassionate novel.

Find it at the Library