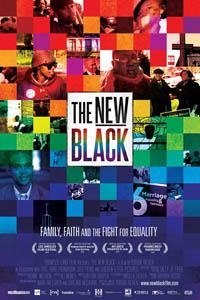 Race and religion intersect in the battle for same-sex marriage.

WINNER! Audience Award for Documentary at the 2013 AFI Film Festival

The New Black is a documentary that tells the story of how the African American community is grappling with the gay rights issue in light of the gay marriage movement and the fight over civil rights. The film documents activists, families, and clergy on both sides of the campaign to legalize gay marriage and examines homophobia in the black community’s institutional pillar — the black church — and reveals the Christian right wing’s strategy of exploiting this phenomenon in order to pursue an anti-gay political agenda.The New Black takes viewers into the pews, onto the streets, and provides a seat at the kitchen table as it tells the story of the historic fight to win marriage equality in Maryland, charting the evolution of this divisive issue within the black community.

ABOUT COMMUNITY CINEMA
Community Cinema is a groundbreaking public education and civic engagement initiative featuring free monthly screenings of films from the Emmy Award-winning series Independent Lens and other PBS presentations. Community Cinema is on location in more than 100 cities nationally, bringing together leading organizations, community members, and public television stations to learn, discuss, and get involved in key social issues of our time.

ABOUT ITVS
The Independent Television Service funds, presents, and promotes award-winning documentaries and dramas on public television, innovative new media projects on the Web, and the Emmy® Award-winning weekly series Independent Lens. Mandated by Congress in 1988 and funded by the Corporation for Public Broadcasting, ITVS has brought more than one thousand independently produced programs to date to American audiences.  www.itvs.org

Made possible by a partnership with Rocky Mountain PBS.