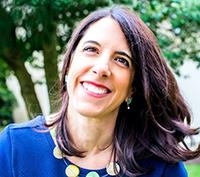 Spend an evening at the library with a prize-winning author who made an intrepid investigation into the science behind nature’s restorative benefits on our brains, talking about her new book The Nature Fix: Why nature makes us happier, healthier, and more creative. 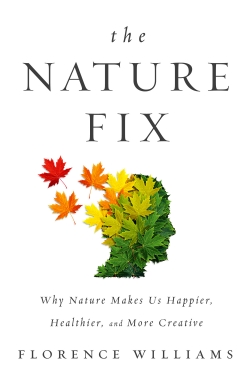 For centuries, poets and philosophers extolled the benefits of a walk in the woods: Beethoven drew inspiration from rocks and trees; Wordsworth composed while tromping over the heath; Nikola Tesla conceived the electric motor while visiting a park. Intrigued by our storied renewal in the natural world, Florence Williams sets out to uncover the science behind nature’s positive effects on the brain.

From forest trails in Korea, to islands in Finland, to groves of eucalyptus in California, Williams investigates the science at the confluence of environment, mood, health, and creativity. Delving into completely new research, she uncovers the powers of the natural world to improve health, promote reflection and innovation, and ultimately strengthen our relationships. As our modern lives shift dramatically indoors, these ideas—and the answers they yield—are more urgent than ever.

About the author
Florence Williams is a contributing editor at Outside Magazine and a freelance writer for the New York Times, New York Times Magazine, National Geographic, The New York Review of Books, Slate, Mother Jones, High Country News, O-Oprah, W., Bicycling and numerous other publications. She is also the writer and host of the new Audible Original series, "Breasts Unbound."

A fellow at the Center for Humans and Nature and a visiting scholar at George Washington University, her work focuses on the environment, health and science. In 2007-2008, she was a Scripps Fellow at the Center of Environmental Journalism at the University of Colorado. She has received many awards, including six magazine awards from the American Society of Journalists and Authors and the John Hersey Prize at Yale. Her work has been anthologized in numerous books, including Outside 25, the New Montana Story,How the West Was Warmed and Best American Science and Nature Writing 2008. She was named “Author of the week” by The Week in May, 2012. The Wall Street Journal calls her writing “droll and crisp,” which makes her feel like a pastry.

Her first book, BREASTS: A Natural and Unnatural History received the Los Angeles Times Book Prize in science and technology and the 2013 Audie in general nonfiction. It was also named a notable book of 2012 by the New York Times. She serves on the board of her favorite non-profit, High Country News, and lives with her family in Washington, D.C.

About the Library Author Series
Bud Werner Memorial Library presents an ongoing program of author talks throughout the year. These are free community events held in Library Hall, where a diverse award-winning range of visiting authors speak about their literary works and their writing processes. Each talk is followed by a Q&A and an opportunity to have authors sign copies of their books.