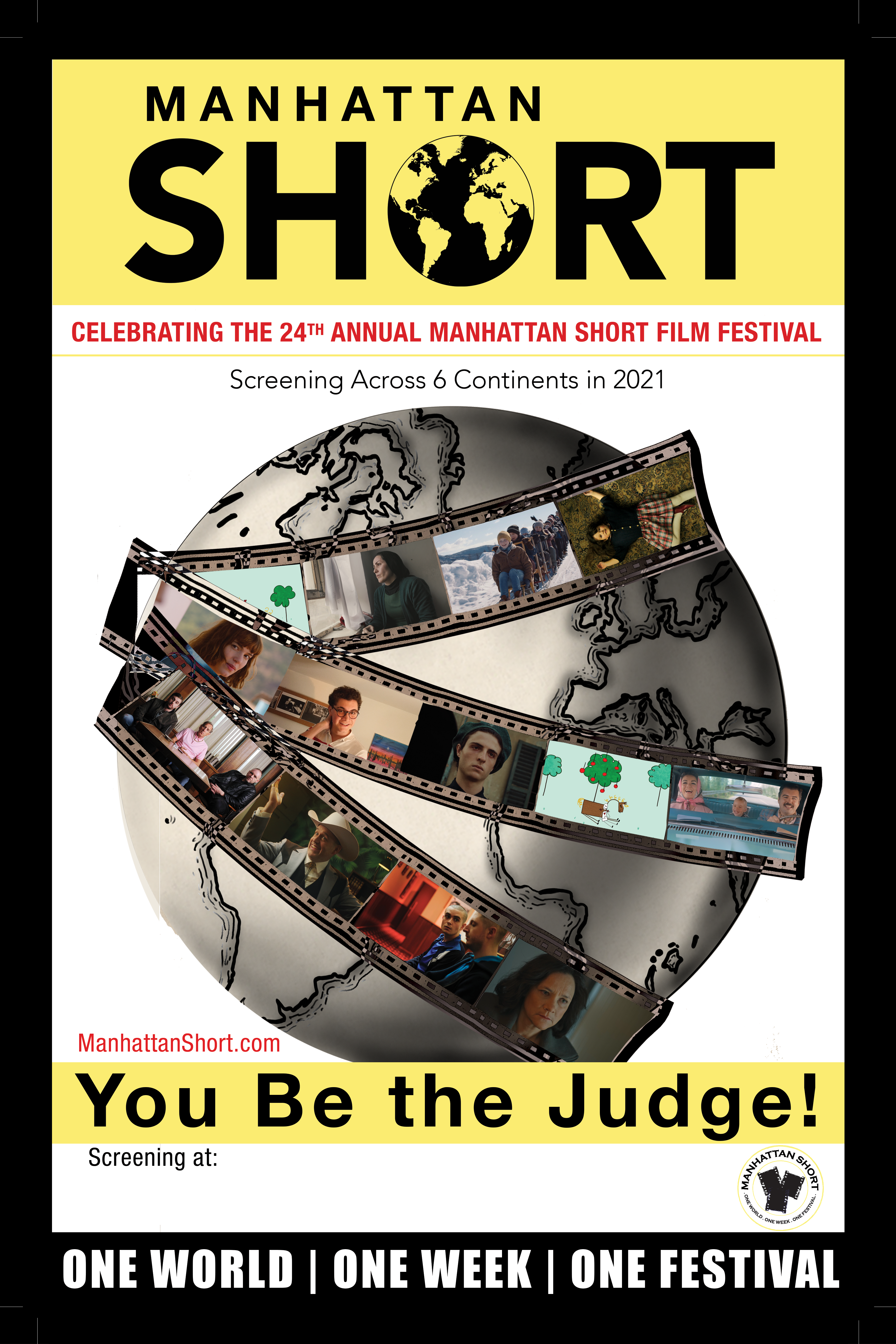 Masks are required to attend this live event in Library Hall.
One festival lineup. Two chances to see it.

Manhattan Short is a celebration of short films and was established in 1998 on the streets of New York City. Today, it has transformed into a global phenomenon for film lovers who want to experience unique and riveting stories from all around the world. Manhattan Short screens 10 compelling shorts in 500+ cinemas simultaneously during the week of September 23 to October 3, 2021. Manhattan Short doesn’t have judges award the short films. Instead, they allow YOU to be the judge.

The 10 Finalists in the 2021 edition of Manhattan Short were selected from among 967 entries from 70 countries. These films will screen in over 400 cities on six continents during festival week (including two chances to see the lineup at Bud Werner Library in Steamboat Springs). By virtue of their selection by Manhattan Short, each short film is automatically Oscar-qualified.

Which of these Final Ten short films is the best? That's up to a worldwide audience to decide. Audiences at Bud Werner Library and around the globe will become instant film critics as you are handed a ballot upon entry that allows you to vote for the Best Film and Best Actor at the conclusion of the program. Manhattan Short is the ultimate audience award that salutes the creative talents of both directors behind the camera and actors in front of it. Votes will be sent to Manhattan Short's headquarters and the winner will be announced at ManhattanShort.com on Sunday October 3 at 10pm EST. The directors and actors anxiously await your decision.

Manhattan Short continues to be a showcase for new voices and perspectives. Death By Handshake director Hudson Flynn, for example, was just 16 years old when he created his wry nod to New York City living during the Covid-19 pandemic. Humor also pervades films like Rough from Northern Ireland, France’s Archibald’s Syndrome and Monsieur Cashemire of Canada. Out of Time and the animated Aurora are close studies by a pair of women directors of life at different stages of our existence from French and American perspectives. Short films tackling big topics include Norway’s The Kicksled Choir, which offers a refreshing look at conflict resolution, while Bad Omen examines how a woman copes with stark circumstances in Afghanistan. Closed To The Light reaches back in time to focus on a riveting moment in World War II Italy while the UK’s Ganef examines that war’s trickle-down effect on subsequent generations. More about the films here.