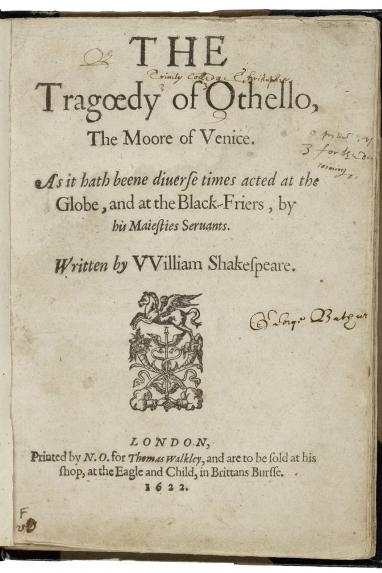 Registration for this discussion group is now closed for 2022.

Led by William Shakespeare aficionado Carl Steidtmann, this seven-week reading group is for both first-time and experienced Shakespeare readers. As 1.5-hour participatory discussions, this group is for anyone who might like to do some reading aloud, acting or presenting. The overall emphasis is on enjoyment of Othello as the group discusses the play, reads brief excerpts together, studies a theatrical presentation, and learns about the playwright and his world.

In Othello, William Shakespeare creates powerful drama from a marriage between the exotic Moor Othello and the Venetian lady Desdemona that begins with elopement and mutual devotion and ends with jealous rage and death. Shakespeare builds many differences into his hero and heroine, including race, age, and cultural background. Yet most readers and audiences believe the couple’s strong love would overcome these differences were it not for Iago, who sets out to destroy Othello. Iago’s false insinuations about Desdemona’s infidelity draw Othello into his schemes, and Desdemona is subjected to Othello’s horrifying verbal and physical assaults.

Othello murders Desdemona in the final, very dramatic, scene of the play only to quickly find out that everything he believed about her being unfaithful to him was a lie.  In doing so, Desdemona has lost more than her life, she also has lost the struggle with Iago who as the devil has captured Othello's mortal soul.  — Courtesy of Folger Shakespeare Library & Carl Steidtmann 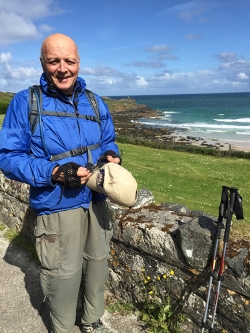 After spending 35 years as a professional economist, Carl Steidtmann retired to pursue his youthful passions of history and Shakespeare. After three pilgrimages to Stratford-on-Avon and five years participating in Sally Frostic’s annual Shakespeare reading group at the library, he took over the teaching of this discussion in 2019.

How to join the Othello reading group

Since the Shakespeare Reading Group is gathering virtually on Zoom this year, there will be no cap on the group size. This is a seven-part program built on group discussion and contribution, and participants are asked to commit to the reading and attend most of the sessions. The sessions will NOT be recorded. It is a livestream gathering, and attendees must plan to attend the live virtual sessions.

The workshop will be using the Folger Edition of Othello. The Library has print copies of Othello to loan to the first 35 participants who sign up. If you want a print copy of the book, you'll be required to pick it up at the library.

In addition, for our remote participants, Folger Shakespeare Library is pleased to offer free downloadable files of Othello here.

To join the group, register at the link above. We'll will send you a confirmation, then follow-up emails with  Zoom access, details about securing books, and ongoing updates pertinent to the Shakespeare Reading Group.

The Shakespeare Reading Group has been made possible in part by a major grant from the National Endowment for the Humanities: Democracy demands wisdom.

Any views, findings, conclusions, or recommendations expressed in the Shakespeare Reading Group, do not necessarily represent those of the National Endowment for the Humanities.