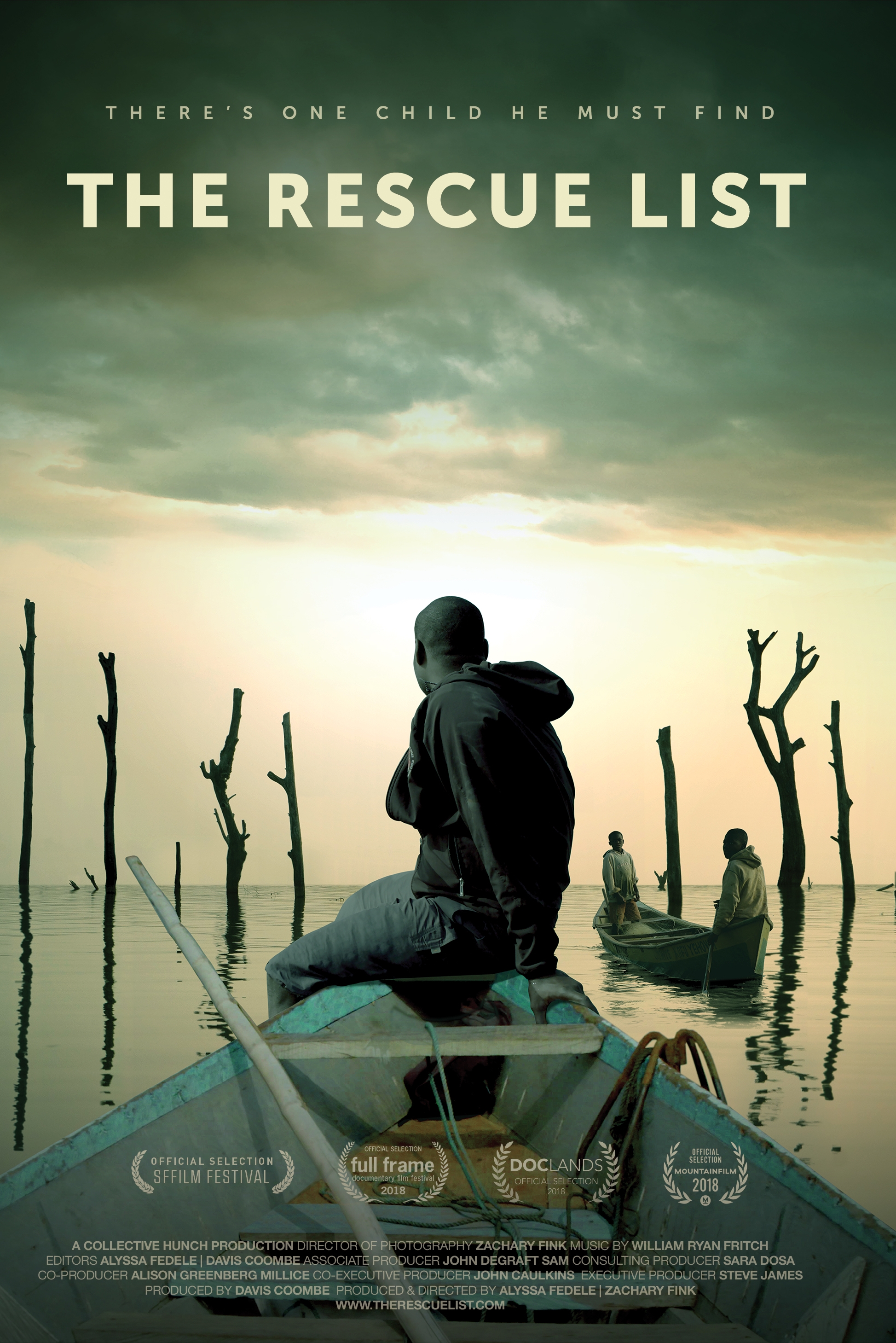 In a rehabilitation shelter in Ghana, two children are recovering from enslavement to fishermen. But their story takes an unexpected turn when their rescuer embarks on another mission and asks the children for help.

Filmmakers Alyssa Fedele and Zachary Fink will be present for a virtual Q&A after the live screening to talk about the making of the film and share updates on the film participants and the impact of child slavery globally and across the Volta region, especially during the pandemic.

This event is a collaboration with POV, the award-winning nonfiction film series on PBS: www.pbs.org/pov

Alyssa Fedele is a documentary filmmaker and anthropologist based in San Francisco. Alyssa directed, produced and edited The Rescue List (2018), which screened at Full Frame and DOC NYC and won awards at BendFilm and Heartland International Film Festival. In 2016, She produced and edited The Ride of Their Lives, directed by Steve James, about youth rodeo bull riding. It premiered at Sundance and is distributed by Amazon Studios in the series The New Yorker Presents. Her work has appeared on National Geographic Channel, ARTE, and PBS, and screened at IDFA, SFFILM and Big Sky Film Festival. Alyssa has a master’s degree in visual anthropology from the University of Manchester.

Zachary Fink is a documentary filmmaker and cinematographer. His immersive observational approach to storytelling is deeply influenced by his academic roots in cultural anthropology and visual ethnography. He recently lensed Rob Epstein and Jeffrey Friedman’s SXSW opening night premiere, State Of Pride, which takes an unflinching look at the diverse expression of Pride 50 years after Stonewall. Last year, he spent a month at McMurdo Station in Antarctica where he field-directed and shot Antarctic Extremes, a PBS NOVA series about how science is conducted on the harshest continent. In 2016, Zachary produced and filmed The Ride Of Their Lives, a short directed by Steve James about youth rodeo bull riding. It premiered at Sundance as part of the Amazon Studios series, The New Yorker Presents. His work has appeared on PBS, HBO, National Geographic Channel and Discovery Channel. Zachary has a master’s degree in cultural anthropology and an MFA in film production from California Institute of the Arts. Together with Alyssa Fedele, he runs the production company Collective Hunch.