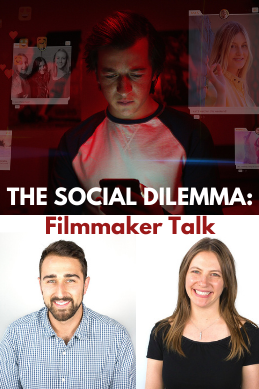 Wednesday, May 12, 2021 - 7:00pm to 8:00pm
Watch THE SOCIAL DILEMMA at home during Bud's special screening window, then join us for a conversation with the documentary film producers, Larissa Rhodes & Daniel Wright
Sign up to attend the free filmmaker conversation on Crowdcast

We tweet, we like, and we share — but what are the consequences of our growing dependence on social media? As digital platforms increasingly become a lifeline to stay connected, Silicon Valley insiders reveal how social media is reprogramming civilization by exposing what’s hiding on the other side of your screen.

Watch the film during Bud's special free educational screening window from May 2-14, then join the conversation.

About The Social Dilemma

A powerful exploration of the extreme impact that a relatively small number of engineers in Silicon Valley have over modern-day society, The Social Dilemma deftly tackles concepts like technology addiction, social engineering, and surveillance capitalism and makes them visceral, understandable and urgent. Through a unique combination of documentary investigation and entertaining narrative drama, award-winning filmmakers and Sundance veterans Jeff Orlowski (Chasing Ice) and Larissa Rhodes (Chasing Coral) once again reveal the invisible in a manner that is both enlightening and harrowing.The adage “if the service is free, then you are the product” is not the whole story when it comes to the services Big Tech provides. Search engines, networks, instant information and the like are merely tools to lure us in. Once we’re hooked, the real commodity they sell is their ability to influence and manipulate us. In The Social Dilemma, Orlowski disrupts the disrupters by unveiling the hidden machinations happening behind everyone’s favorite social media and search platforms. The film features stunning interviews with high-profile tech whistle blowers, including: Tristan Harris of the Center for Humane Technology; the co-inventor of the Facebook “Like” button, Justin Rosenstein; and Tim Kendall, former President of Pinterest and former Director of Monetization at Facebook. These are coupled with compelling narrative segments -including a cunning performance by Vincent Kartheiser (Mad Men) -that illuminate the very real consequences these seemingly innocent technologies can have on our everyday lives. 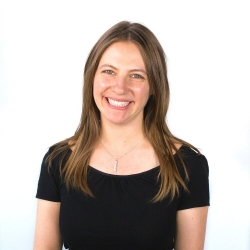 Larissa Rhodes is a filmmaker and the Head of Creative Development at Exposure Labs, where she develops projects that are environmentally and socially minded. Most recently, she produced the Sundance, Peabody, and Emmy award-winning film, Chasing Coral, a feature film following a team of adventurers working to reveal how the oceans are changing.The Social Dilemma is her latest producing project which had its world premiere at the 2020 Sundance Film Festival. Rhodes previously worked on the Emmy® Award-winning documentary, Chasing Ice. She holds an MFA in Film from Columbia University and a BFA & BA from the University of Colorado in Film Studies and International Spanish for the Professions. 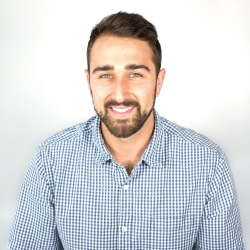 After graduating from Steamboat Mountain School, then Colorado College with degrees in film and anthropology, Daniel Wright began working with the filmmakers behind the Academy Award-winning documentary The Cove, on their highly anticipated second film, Racing Extinction. After a premiere at the 2015 Sundance Film Festival, it had a worldwide broadcast in 220 countries on the Discovery Channel and received a Primetime Emmy® nomination. Wright associate produced Maurizio Cattelan: Be Right Back, a documentary about the provocative and elusive career of Italian contemporary artist, Maurizio Cattelan. The film premiered at the 2016 Tribeca Film Festival and was called “uproarious and thought-provoking” by The New York Times. Most recently, Wright co-produced The Social Dilemma, directed by Jeff Orlowski, which had its world premiere at the 2020 Sundance Film Festival.

We need to rethink social media before it's too late. We've accepted a Faustian bargain.
The Social Dilemma Director Jeff Orlowski