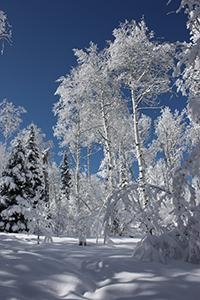 The Science of Snowfall with Kevin Cooper

The mid-level jet stream has many important implications for winter recreation in the Steamboat Springs area. Atmospheric scientist Kevin Cooper focuses on the impact of trends in jet stream patterns and what this may mean in terms of increasing snowfall variability. For example, non-average snowfall seasons are now becoming the new normal.

Kevin shares insight into how mid-level jet stream patterns have been evolving and changing over the last few decades, highlighting configurations that favor more or less snowfall in the northern Colorado mountains, and looking at trends in the frequency of present and future flows based upon current global climate models. Despite dire media headlines, the ski mountain snowfall of the future may not match public perceptions and expectations in a changing climate.

This free community talk is presented by Bud Werner Memorial Library and Yampatika. 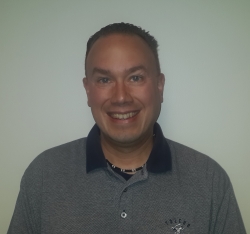 About the speaker
Kevin Cooper was born in Toledo, Ohio. He attended Northland College in Ashland, Wisconsin where he majored in meteorology with a minor in physics. He graduated magna cum laude in 1995 with a bachelor’s of science degree. That August, Kevin received a teaching position at Owens Community College in Toledo, Ohio instructing developmental mathematics and science labs on a part-time basis. In fall 1996, Kevin pursued a master’s degree at the South Dakota School of Mines and Technology in Rapid City, South Dakota. While there, he worked as a research assistant and completed his degree in meteorology in the summer of 1998. Kevin was the first author of a paper titled “Numerical Simulations of Transitions in Boundary Layer Convective Structures in a Lake Effect Snow Event,” which was published in the journal Monthly Weather Review in September 2000.

In September 1998, Kevin was hired as a full-time mathematics and science faculty member at National American University in Rapid City where he taught various mathematics and science courses. In spring 2009, he was offered the role of Instructional Chair of Math, Science and Social Sciences at Colorado Mountain College and moved to Steamboat Springs. In 2015, this position became an Assistant Dean of Instruction. Kevin continues to serve in this role to date, and while employed at CMC he has worked through his Ph.D. program in Atmospheric & Environmental Sciences and successfully defended his dissertation on March 16, 2017.