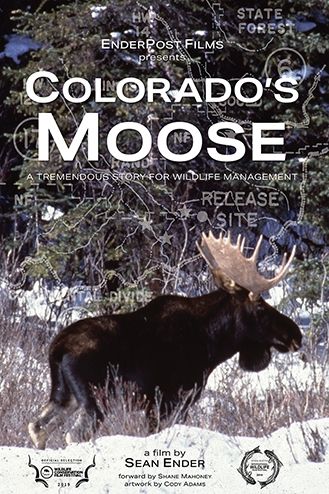 Once transient to the state, the Shiras moose was reintroduced into Colorado in the late 1970s. The species success has provided new tourism opportunities for wildlife watchers and sportsmen alike. Still a rare animal to see in the wilderness, wildlife managers remain responsible for managing sustainable moose populations and striking a balance between the public, ranchers and wildlife who all use the land to survive. The film combines captivating stories from biologists, wildlife managers, a photographer, hunters and ranchers with stunning footage of moose and majestic scenics of the Colorado Rockies in this tremendous story for wildlife management.

See the film, then stay for a Q&A with the director. 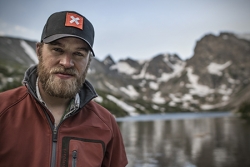 Sean Ender operates Peak to Creek Films (formerly EnderPost), a documentary production company out of Evergreen, CO that focuses on wildlife and conservation filmmaking. Sean started his career as an editor in Boston, MA where he worked primarily on museum films including installations at the 9/11 Memorial, Gettysburg Seminary Ridge and The Mob Museum. Missing life in the mountains, Sean returned to his native Colorado and started his own documentary production company. Since that time he has worked as a Producer/Director, Cinematographer, Editor and Animator for feature and short films, TV series/specials and museum installations. Credits include "Bison Conservation" (BBC's The Travel Show), "The Appraisers" (Discovery Velocity), "Colorado Experience" (Rocky Mountain PBS), "Birth of a Movement" (PBS: Independent Lens) and installations at the "Headwaters Ecological Center" (Winter Park, CO). He began producing "Colorado's Moose," his first feature documentary, in 2016 and proudly premiered it at the International Wildlife Film Festival in Missoula, MT in April 2019. Upon completing the film, the company EnderPost was rebranded to Peak to Creek Films in order to reflect the company's primary focus: producing content that supports the conservation of wild places and wild things.