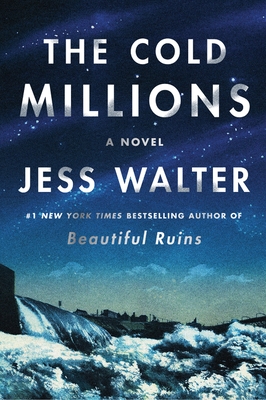 Tuesday, November 16, 2021 - 5:30pm to 6:30pm
Spokane in 1909—brothers Gig and Rye arrive from Montana, they land in a town teeming with interesting characters.
Register for this club

In Spokane in 1909, love more than idealism moves 16-year-old Rye Dolan to follow his older brother, Gig, against Gig's wishes, to a free speech protest and, as a result, to jail. When it's discovered that he's being kept in the brutal, overfilled prison as a minor, he's released and becomes a rather unwitting spokesperson for the Industrial Workers of the World (IWW), the labor union behind the rally for which Gig is a vocal organizer. With Gig still in jail, Rye is taken under the wings of both a local mining millionaire and Gurley, which is how real-life IWW activist Elizabeth Gurley Flynn is mostly referred to in these pages. The precarious-from-the-start setup introduces Rye to more suffering and more possibilities than he'd known existed in his difficult young life and forces him to forge a path outside of his beloved brother's shadow. Strung up around true events and a handful of real people, Walter's (We Live in Water, 2013) latest is informed by intensive, ardent research and reverence for his home city; consider this book a train ticket to a past time and place. In addition to boldly voiced characters and dramatic suspense, in this century-ago tale of labor rights and wealth inequality readers will find plenty of modern relevance. -- Booklist Review