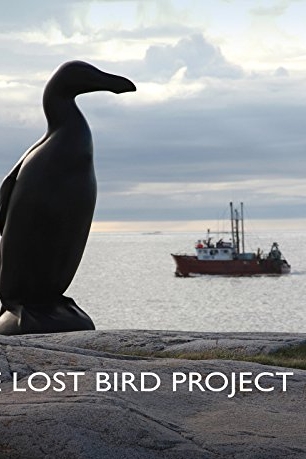 Saturday, August 31, 2019 - 12:30pm to 1:30pm
A film about public art, extinction and memory...an elegy to five extinct North American birds and a thoughtful, moving look at the artist and his mission.

Gone and nearly forgotten in extinction, the Labrador Duck, the Great Auk, the Heath Hen, the Carolina Parakeet, and the Passenger Pigeon leave holes not just in the North American landscape but in our collective memories. Moved by their stories, sculptor Todd McGrain set out to create memorials to the lost birds—to bring their vanished forms back into the world. The Lost Bird Project follows the road-trip that McGrain and his brother-in-law, Andy Stern, take as they search for the locations where the birds were last seen in the wild and negotiate for permission to install McGrain’s large bronze sculptures there.

The film is directed by Deborah Dickson, whose previous films have been nominated three times for Oscars, and is produced by Muffie Meyer, whose previous directing credits include the original Grey Gardens documentary and several Emmy award-winning documentaries. The score, composed by Grammy-winner Christopher Tin, is a stirring tone-poem for chamber orchestra, evoking the majesty of these flocks of birds, and the pathos of their eventual demise.

Traveling all the way from the tropical swamps of Florida to Martha’s Vineyard to the rocky coasts of Newfoundland over a period of two years, McGrain and Stern scout locations, talk to park rangers, speak at town meetings and battle bureaucracy in their effort to gather support for the project. McGrain’s aim in placing the sculptures is to give presence to the birds where they are now so starkly absent. “These birds are not commonly known,” he says, “and they ought to be, because forgetting is another kind of extinction. It’s such a thorough erasing.”