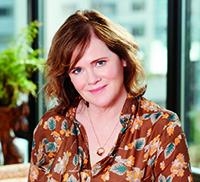 Spend an evening at the library with bestselling author Maria Semple, speaking about Today Will Be Different, the brilliant new novel from the author of Where'd You Go, Bernadette, about a day in the life of Eleanor Flood, forced to abandon her small ambitions and awake to a strange, new future. 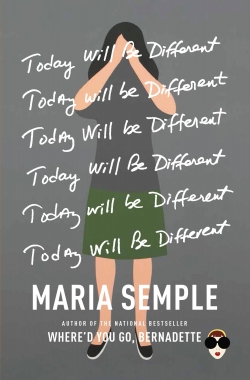 Eleanor knows she's a mess. But today, she will tackle the little things. She will shower and get dressed. She will have her poetry and yoga lessons after dropping off her son, Timby. She won't swear. She will initiate sex with her husband, Joe. But before she can put her modest plan into action-life happens. Today, it turns out, is the day Timby has decided to fake sick to weasel his way into his mother's company. It's also the day Joe has chosen to tell his office-but not Eleanor-that he's on vacation. Just when it seems like things can't go more awry, an encounter with a former colleague produces a graphic memoir whose dramatic tale threatens to reveal a buried family secret. Today Will Be Different is a hilarious, heart-filled story about reinvention, sisterhood, and how sometimes it takes facing up to our former selves to truly begin living.

About the author
Maria Semple spent her early years traveling around Europe with her bohemian parents, but that ended abruptly when her father, Lorenzo Semple, Jr., finished a pilot for Batman while living in Torremolinos, Spain. He airmailed it in, they shot it, and the family moved to L.A.  After the Batman TV series and feature, Lorenzo went on to write a bunch of movies. Once he was established, the family moved to Aspen, Colorado.

Maria attended boarding school at Choate Rosemary and college at Barnard, where she majored in English. Maria moved to L.A. shortly after graduating Barnard and wrote screenplays which never got made, and then TV shows. 90210, Mad About You, Arrested Development and others. She quit to give fiction a try. This One Is Mine was published in 2008. Also that year, she, George Meyer and their little daughter moved to Seattle just because. It was a difficult adjustment for Maria, which became the basis for Where’d You Go, Bernadette. The novel came out in 2012 and became an instant bestseller. Today Will Be Different is her latest.

About the Library Author Series
Bud Werner Memorial Library presents an ongoing program of author talks throughout the year. These are free community events held in Library Hall, where a diverse award-winning range of visiting authors speak about their literary works and their writing processes. Each talk is followed by a Q&A and an opportunity to have authors sign copies of  their books.