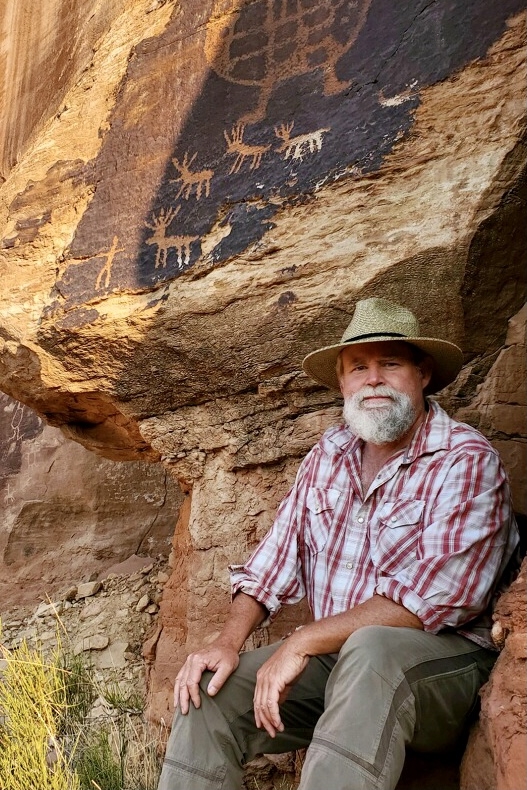 Thursday, May 5, 2022 - 6:00pm
The award-winning author and "modern-day desert father" returns with his new book, Tracing Time: Seasons of Rock Art on the Colorado Plateau

Rock art is created to communicate, to speak to future generations—or to gods, spirits, or ancestors. It has power that words from the mouth don’t carry. In Tracing Time, writer and adventurer Craig Childs sits with that power, bearing witness to the rock art of the Colorado Plateau. He speaks to elders, scholars and friends deeply familiar with the canyons, caves and cliffs of the desert Southwest. With each depiction in stone, he asks: How does this fit in with others around it, rock art fifty miles away, a hundred, a thousand? What have you seen before that is similar? What stories have you heard? A simple bit of rock art becomes greater than one small note pulled from a song. The whole desert begins to sing. 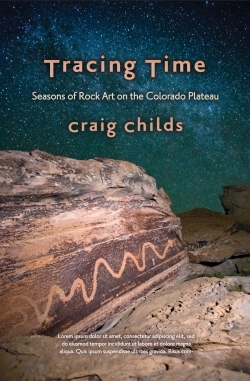 Arranged by rock art motifs—handprints, floating people, spirals, birth—Tracing Time sets these ancient communications in context, each one a portal to the open mouth of time. With a spirit of generosity, humility and love of the arid, intricate landscapes of the desert Southwest, Childs invites readers to look and listen deeply.

Craig Childs is known for following ancient migration routes on foot, pursuing early Pueblo passages across the Southwest and most recently the paths of first peoples into the Americas during the Ice Age. He has published more than a dozen books of adventure, wilderness, and science, including The Secret Knowledge of Water, Atlas of a Lost World, and Virga & Bone. He has won the Orion Book Award and has twice won the Sigurd F. Olson Nature Writing Award, the Galen Rowell Art of Adventure Award, and the Spirit of the West Award for his body of work. He is contributing editor at Adventure Journal Quarterly, and his writing has appeared in the New York Times, Los Angeles Times, Men's Journal and Outside. The New York Times says "Childs's feats of asceticism are nothing if not awe inspiring: he's a modern-day desert father." He is an occasional commentator for NPR's Morning Edition, and he lives in southwest Colorado.

“An engaging glimpse into a world both fascinating and fundamentally unknowable to those who aren’t born into it.”
R. E. BURRILLO, author of Behind the Bears Ears