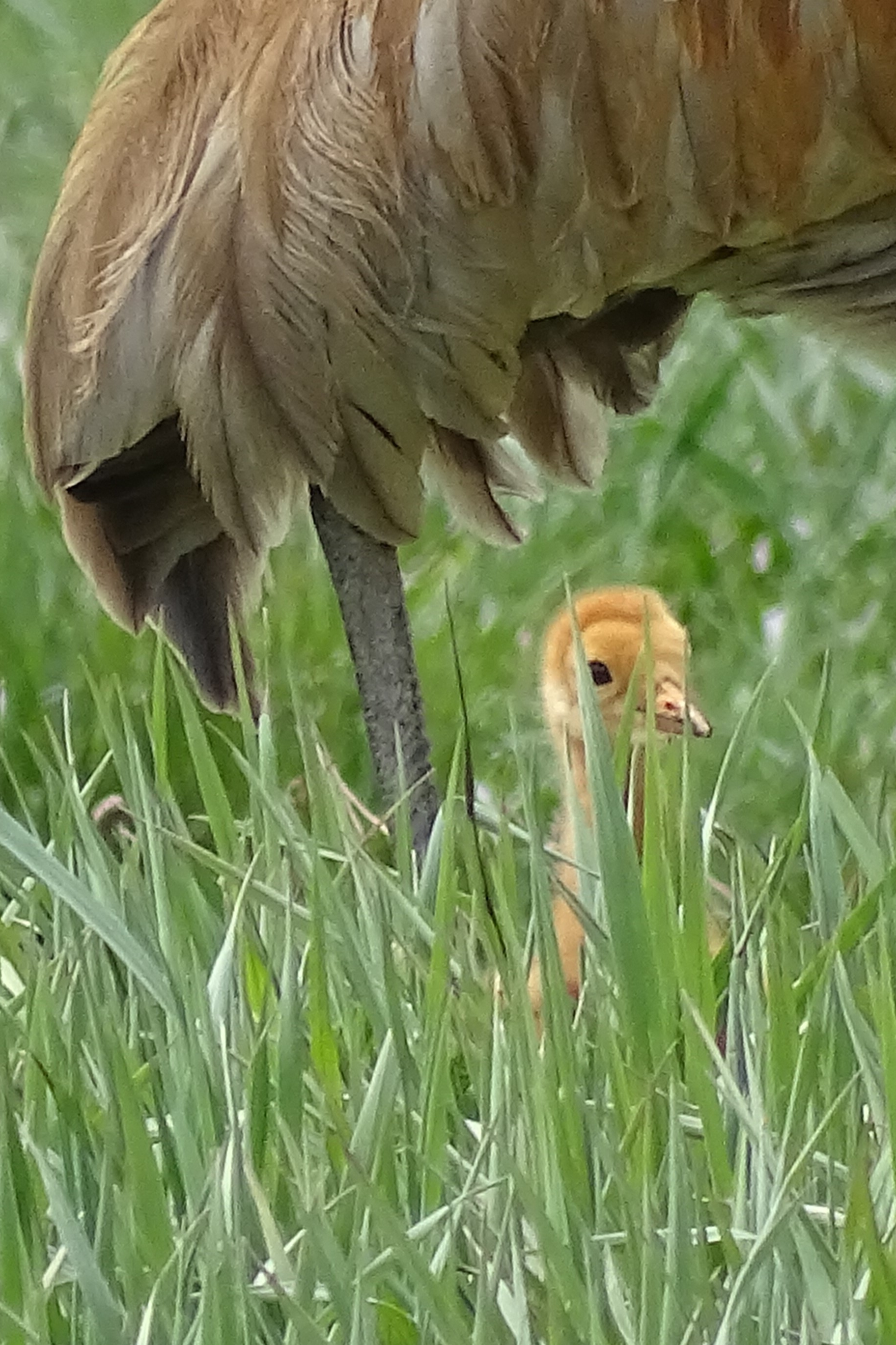 A follow-up to our Greater Sandhill Crane nesting talk last spring, now that the eggs have hatched and local crane chicks are growing into colts.

Greater Sandhill Crane chicks hatch and almost immediately leave the nest with their parents. They spend the next 3 months growing almost an inch a day, learning what foods to eat, how to probe for food, how to fly, and growing in wing and body feathers. By the end of summer, crane chicks (now called colts) can fly and are feeding on their own. But they continue to stay with their parents for almost a year: migrating south, spending the winter, and returning in the spring before finally leaving their parents.

Learn what crane chicks eat, how they know what to eat, and when they learn to fly. Learn about sibling rivalry, family units, and how to distinguish colts from adults.

Colorado Crane Conservation Coalition, Inc. (CCCC) works to conserve and protect Greater Sandhill Cranes and their habitat through science and education. This event is presented in partnership with Bud Werner Library, a proud presenter of the Yampa Valley Crane Festival since its inception.