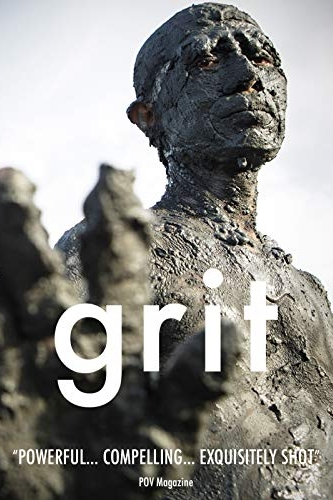 A multinational natural gas drilling company is believed to be responsible for the displacement of 60,000 people in an East Java village left submerged by a tsunami of mud. Fed up with the company's delayed cleanup, Dian, a politically active teenager, galvanizes her neighbors to fight against the corporate powers accused of one of the largest environmental disasters in recent history.

When Dian was 6 years old, she heard a deep rumble and turned to see a tsunami of mud barreling towards her village. She remembers her mother scooping her up to save her from the boiling mud. Her neighbors ran for their lives. Sixteen villages, including Dian’s, were wiped away. A decade later, nearly 60,000 people have been displaced from what was once a thriving industrial and residential area in East Java, located just 20 kilometers from Indonesia’s second largest city. Dozens of factories, schools and mosques are submerged 60 feet under a moonscape of cracked mud.

The majority of international scientists believe that Lapindo, a multinational company that was drilling for natural gas in 2006, accidentally struck an underground mud volcano and unleashed a violent flow of hot sludge from the earth's depths.  Ten years later, despite initial assurances to do so, Lapindo has not provided 80% of its promised reparations to the hundreds of victims of who lost everything in the mud explosion.

While the survivors live in the shadow of the mudflow and wait for restitution, they live in makeshift rented homes next to levees that hold back the compounding mud. With old job sites -- factories, offices – buried deep, the victims have turned the disaster site into a popular tourist destination. Dian’s mother, widowed within a year of the explosion, has reinvented herself as an unofficial mudflow tour guide in order to make ends meet. She spends her days guiding curious Indonesians across the wasteland so the tourists can snap photos of the boiling muck and thick steam that continue to spurt violently into the sky. The vast lunar landscape is littered with bizarre activities: fashion photographers take stylish photos of models posing in ball gowns; vendors sell selfie sticks, DVDs and meatballs; protesters smear mud over their bodies in stubborn acts of resistance.

Dian is determined to rise out of the muddy life.  She and her mother, along with many neighbors, fight against the corporate powers accused of one of the largest environmental disasters in recent history. The film bears witness to Dian’s transformation into a politically active teenager as she questions the role of corporate power and money in the institution of democracy itself.

This event is a collaboration with POV, PBS' award-winning nonfiction film series.

Produced by American Documentary, Inc., POV is public television’s premier showcase for nonfiction films. Since 1988, POV has been the home for the world’s boldest contemporary filmmakers, celebrating intriguing personal stories that spark conversation and inspire action. Always an innovator, POV discovers fresh new voices and creates interactive experiences that shine a light on social issues and elevate the art of storytelling. With our documentary broadcasts, original online programming and dynamic community engagement campaigns, we are committed to supporting films that capture the imagination and present diverse perspectives.