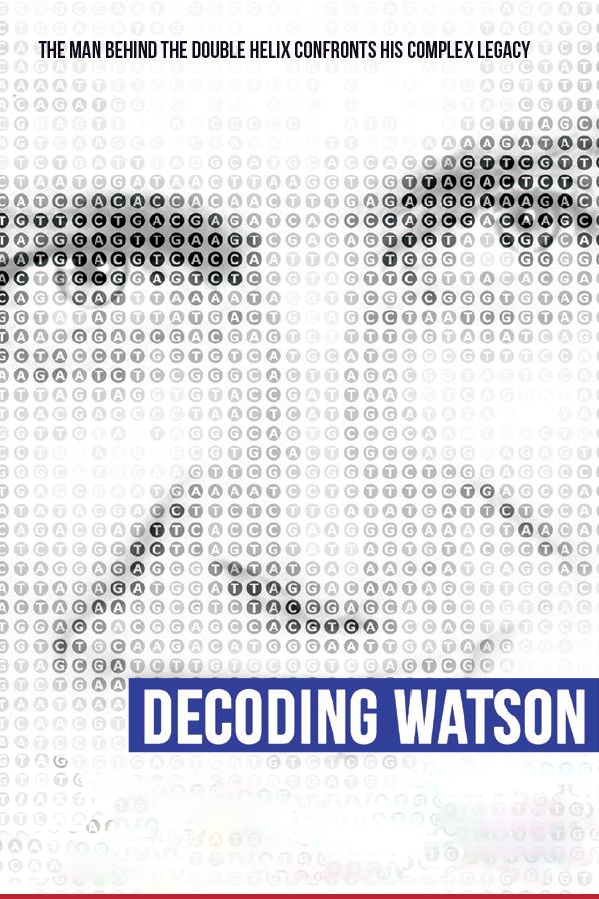 Tuesday, February 25, 2020 - 6:30pm to 8:00pm
A look at the controversial scientist whose discovery of DNA’s structure revolutionized human understanding of how life works
Meet James Watson, the Nobel Prize-winning scientist behind the double helix as he confronts his complex legacy. With unprecedented access to Watson and his family, director Mark Mannucci explores the scientist's life, achievements, controversies and contradictions. Thrust into the limelight for discovering the secret of life at age 25 with Francis Crick, influential scientist James Watson has thrived on making headlines ever since. His discovery of DNA’s structure, the double helix, revolutionized human understanding of how life works. He was a relentless and sometimes ruthless visionary who led the Human Genome project and turned Harvard University and Cold Spring Harbor Laboratory into powerhouses of molecular biology. With unprecedented access to Watson, his wife Elizabeth and sons Rufus and Duncan over the course of a year, this documentary explores Watson’s evolution from socially awkward postdoc to notorious scientific genius to discredited nonagenarian, also interviewing his friends, his colleagues, scientists and historians. Controversial and unapologetic, Watson still thrives on competition and disruption. The film uncovers his signature achievements, complexities and contradictions, including his penchant for expressing unfiltered and objectionable points of view.
In January 2019, following the broadcast of  this documentary, where Watson repeated previously his cited views about race and genetics, the Cold Spring Harbor Laboratory revoked all titles and honors conferred on Watson. As reported in The Guardian: The lab “unequivocally rejects the unsubstantiated and reckless personal opinions Dr James D. Watson expressed on the subject of ethnicity and genetics”, its president, Bruce Stillman, and chair of the board of trustees, Marilyn Simons, said in a statement. “Dr Watson’s statements are reprehensible, unsupported by science, and in no way represent the views of CSHL, its trustees, faculty, staff, or students. The laboratory condemns the misuse of science to justify prejudice.”

This is a featured event in the 2020 ONE BOOK STEAMBOAT community read of Dani Shapiro's Inheritance.